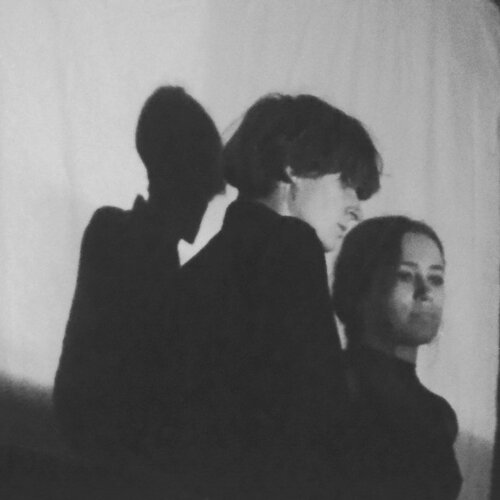 On the third floor of an abandoned textile mill to the north of Preston, a wave of strange musical beauty is blossoming. Brought up on the sounds of 80s Manchester though too young to have experienced it first hand, White Flowers, made up of Katie Drew and Joey Cobb, make gloriously gothic dreampop that’s as ambiguous as it is beautiful and exciting.

For songwriting duo Joey Cobb and Katie Drew of White Flowers, one of the most exciting young bands in the UK right now, it was only on leaving London to return to their native Preston that the dark-hued dreampop of their debut album, Day By Day, began to crystalize.

"There’s something uniquely bleak about the North,” says Joey, speaking from the abandoned textile mill that White Flowers call home, “but in that bleakness there’s a certain beauty.”

Whilst leaning into the North’s post-punk past and inspired by their own post-industrial Preston experiences the pair began both writing the tracks that would become Day By Day and honing the essence and approach which would define the band.

Creating all of their artwork, visuals and overall aesthetic, they began building a world that stretched beyond the music alone – in an unusual circular fashion, this auteurist-like approach became a way of translating their environment and experiences into a form of escapism from the very place that inspired them.

Hooking up with album co-producer Jez Williams also proved to be another creative breakthrough as the pair clicked artistically with the erstwhile member of Doves. The result is one of the most exciting and hauntingly beautiful releases of 2021, an intuitive collection of songs augmented by Jez Williams’ impossibly diaphanous production and  inspired by the constant upheaval of, well, everything.

This is Not Single

Up to My Elbows Single

An Apparition (without Event) Single 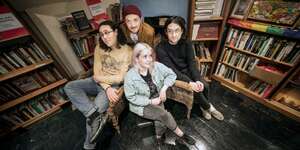 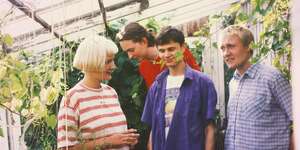 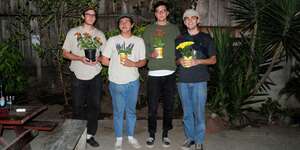 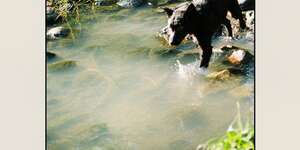 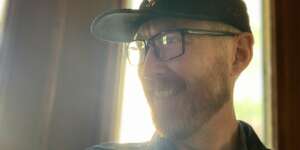 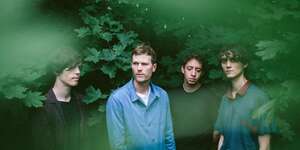