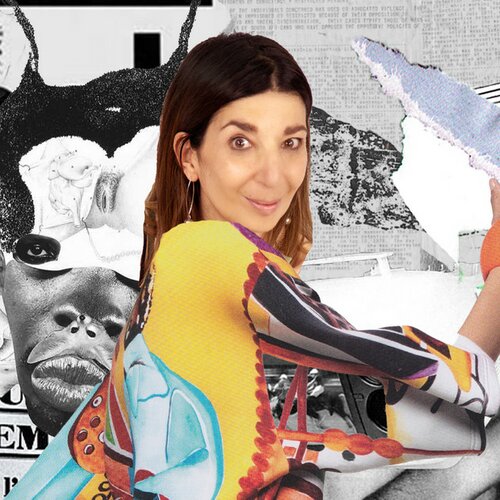 Mira Calix is an acclaimed U.K.-based composer, producer, DJ, and multidisciplinary artist. Initially known for releasing abstract electronic music beginning in the mid-'90s, she has since worked with several chamber orchestras, contemporary music ensembles, and galleries, creating multimedia installations as well as composing for dance, film, and theater. Signed to Warp in 1996, her earliest releases, including 1998's Pin Skeeling and 2000's One on One, blended brittle, distorted beats with obscured vocals and uneasy textures, sometimes sourced from natural sounds. Calix began collaborating with the London Sinfonietta in 2003, and subsequent releases such as 2004's 3 Commissions and 2008's The Elephant in the Room have consisted of her orchestral compositions. Aside from her solo work, Calix also participated in the Alexander's Annexe project and worked with Mark Clifford (Seefeel) as Cliffordandcalix. In 2019, Calix returned to her earlier IDM sound with the release of the EP Utopia.

Born in Durban, South Africa, Chantal Passamonte moved to London in 1991. She worked at the record store Ambient Soho and helped organize a series of genre-nonspecific parties called Telepathic Fish. After working at 4AD, she became a publicist for Warp in 1994, additionally becoming a resident DJ at the label's club night, Blech. Signing to the label under the moniker Mira Calix, she released her first 12", Ilanga, in 1996, followed by the 1998 EP Pin Skeeling, which featured a remix by Boards of Canada. A Peel Session EP and debut full-length, One on One, both appeared in 2000, drawing from shoegaze as much as ambient and experimental techno. The Prickle EP was released in 2001 and her second full-length, Skimskitta, followed in 2003.

Also in 2003, Calix released Nunu, an excerpt of a piece incorporating live insects that was recorded for a 2002 festival in Geneva. Calix also performed the piece with the London Sinfonietta at London's Royal Festival Hall in 2003. Excerpts of both performances were included on Calix's 2004 album 3 Commissions, and the piece was toured internationally. She also formed Alexander's Annexe with London Sinfonietta pianist Sarah Nicolls and sound designer David Sheppard; their album Push Door to Exit was released by Warp in 2006. Calix's Eyes Set Against the Sun appeared in early 2007, featuring the Britten-Pears Orchestra, Streetwise Opera, and the Woodbridge School Junior Choir. The Elephant in the Room, an album of commissioned works including collaborations with cellist Oliver Coates, was released in 2008. Calix's surround-sound audio/visual installation My Secret Heart, a commission by Streetwise Opera that premiered in December 2008, won a Royal Philharmonic Society Award and a British Composer Award in 2009. That year, Calix and Coates contributed a cover of Boards of Canada's "In a Beautiful Place Out in the Country" to the Warp20 (Recreated) compilation.

In 2010, Andrea Parker's Aperture label released Lost Foundling 1999-2004 by Cliffordandcalix, Calix's duo with Seefeel's Mark Clifford. Calix spent much of the decade composing for film, opera, and theater rather than releasing recordings. She worked with poet Alice Oswald as well as ensemble Bang on a Can in 2010. Her choral score for Fables: A Film Opera in 2011 was nominated for a British Composer Award that year. If Then While For, composed as part of the Ada Project with Conrad Shawcross, was released as a one-sided EP by The Vinyl Factory in 2014. Calix's large-scale installation Inside There Falls premiered as part of the Sydney Festival in 2015. The following year, she opened the Moving Museum 35, a temporary mixed-media installation situated on a public bus in Nanjing, China, created in collaboration with students of the Nanjing University of the Arts. Calix composed pieces for organ as part of the Organ Reframed event, held in 2017 at the Union Chapel in London. In 2019, Calix returned to Warp with Utopia, a four-song EP consisting of minimal, angular electronics and vocals, similar to her earlier work for the label. ~ Paul Simpson, Rovi

1. a mark of resistance
2. there is always a girl with a secret
3. silence is silver
4. bower of bliss
5. wooddrifts
6. nkosezane - 𝘧𝘰𝘳 𝘮𝘺 𝘥𝘢𝘥𝘥𝘺
7. like Jenga (only it reaches all the way to the sky and it’s made of knives)
8. doggerland (between the acts)
9. fundamental things
10. fractions fractured factions
11. i’m in love with the end
12. surrender
13. GARGLE (command V)
14. dishàng shuãng (edit)
15. transport me
16. an infinite thrum (archipelago)
17. the abandoned colony collapsed my world 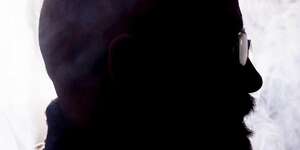 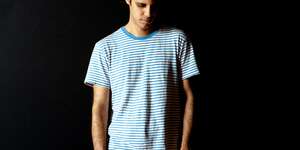 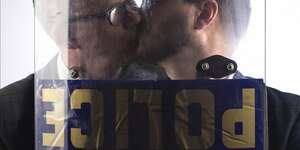 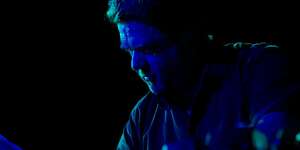 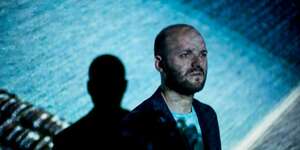 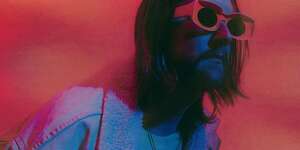